At first I was a little skeptical about having MK characters modded into MUA but then I tried Noob Saibot (my fav) and Shao Kahn... They are pretty damn good!
Loved the little details like having Noob beign pitch black in some of his costumes or the ability of Shao Kahn that can summon Kintaro or Motaro. 10/10 material here.

When I have a little more time, I surely gonna try the version with all the 36 characters. Thanks for the mods!

I appreciate the compliment. I am a huge MK fan, and are a fan of those little details and references, such as all 36 kombatants having different stances so that none of them stand the same, or have the same animations when chosen. While I can't say I created all of the mods, through the boosters, I had a hand in all of them, and I am very proud of the end result. Noob Saibot is one of my favorite kombatants as well.

Stay tuned, as I am currently working on the voices of the MK warriors -- including Noob Saibot. Should be done by sometime next week.

« Last post by BLaw on April 09, 2021, 04:34am »
Came across this when I was looking for pics of the MUA Mandarin. Can't believe I didn't see this mod yet. I watched the entire video; sincerely impressed by the convos. Well done and definitely deserves a bump!
23

Mod Releases and Conversions / Re: Spidey's Wardrobe by Teo

« Last post by ak2yny on April 08, 2021, 01:07pm »
I added the widescreen intro videos from the Remaster Edition. Fmod and Zoe mode are not included, because they were not part of the original release. Beenox and Sofdec are removed, because they're not widescreen. There are still enough intro videos for the major companies working on the game (Raven, Activision, Vicarious Vision, Marvel).
25

Gambit uses some of the amazing textures of BaconWizard 17.

Multiple Man has a new powerstyle (only took coding for dupes from nodoubt_jr's mod and part of the xtreme). Read the "README" because in PSP due to packages scrip ara a bit
more tricky 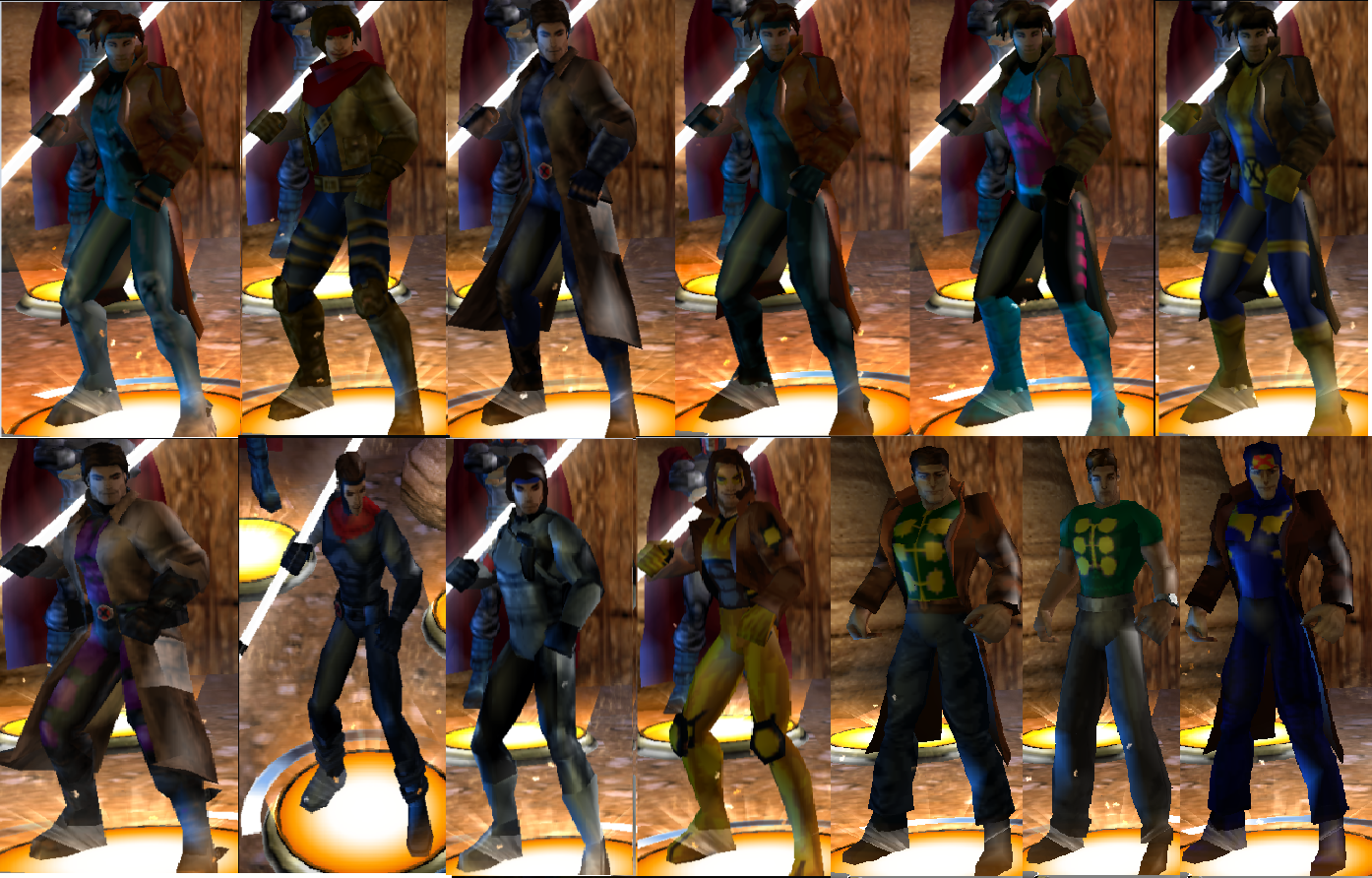 « Last post by Ceamonks890 on April 07, 2021, 07:51pm »
ELISA CAMERON
Residing in the fictional city of Arcadia, the enigmatic Lady in White was originally born as Elisa Deerlane before having her family name legally changed to Cameron (after her father died under mysterious circumstances and her mother newly married to an abusive alcoholic man named Earl Cameron some time afterward).

In life, Elisa Cameron was a journalist who's latest story involved the investigation of Arcadia's criminal underworld and uncovering the secrets many would prefer kept hidden, ending with her tragically murdered in cold blood.

Inexplicably resurrected from the dead and possessing very mysterious abilities, Elisa would take up the vigilante persona of 'Ghost' and desired vengeance on her hired killers, helping out those in need when she could (crossing paths with the Shadow, Hellboy and the Batman family over the course of her many adventures, in her quest to uncover the truth of her strange resurrection).

Packing a pair of .45 calibur pistols, some impressive combat skills and a number of superpowers, she finds herself now in an entirely unfamiliar reality and is forced to join this overwhelmingly vast omniversal strike team in hopes of returning home.

So what are you waiting for? Unleash this dangerous femme fatale and show the villains of the Marvel Universe what she can really do!

WARNING: When activating Spectral Anomaly, ensure to press the jump button to deactivate the phase before using the 'Ghostly Visage' power.
Otherwise you run the risk of Elisa floating infinitely into the air when jumping with Power 5 activated before deactivating the phase ability.
This will ruin the game and make it impossible to play as Elisa properly from then on, unless you go back to a SHIELD extraction point and reset things back to normal by being in the roster selection menu.

BUGS:
After performing her Xtreme, one of her pistols will remain out despite despawn coding being in her powerstyle. Very harmless glitch and will go away when using Marksman Calibre.

MOVESET:
1. Burning Fire: Elisa grabs and slams a nearby victim to the ground, breaking their arm as physical damage is dealt.
2. Marksman Calibre: Elisa pulls out her dual pistols and shoots at foes, with a chance of knockback at struck targets.
3. Heart Blockage: Elisa becomes intangible and attacks enemies while solidifying her fists into their chests, dealing physical damage with a chance for critical hits. Immune to received damage so long as the power is active.
4. (Debuff) Painful Shock: Elisa strikes an enemy at a critical part of their neck, stunning them for a short time.
5. (Boost) Ghostly Visage: Elisa becomes completely invisible for a time, increasing chances for critical hit damage on enemies whilst reducing damage received.
6. (Boost) Spectral Anomaly: Elisa becomes completely intangible for a time, able to pass through walls and receive no damage from enemy attacks.
7. (Xtreme) Cameron's Revenge: Elisa draws out her pistols, leaps into the air and does a full 360 spin, hitting anything in range.

Thank you for the skins, im enjoying iron fist and angel a lot!

« Last post by Moss43 on April 07, 2021, 05:46am »
Hi!, im going to post here some custom headmodels and some complete models compatibles with MUA and XML2, i accept request but only if u send me HQ photos (front and side), cause i cant work with bad photos.

« Last post by Mapache_Malvado on April 06, 2021, 06:38pm »
At first I was a little skeptical about having MK characters modded into MUA but then I tried Noob Saibot (my fav) and Shao Kahn... They are pretty damn good!
Loved the little details like having Noob beign pitch black in some of his costumes or the ability of Shao Kahn that can summon Kintaro or Motaro. 10/10 material here.

When I have a little more time, I surely gonna try the version with all the 36 characters. Thanks for the mods!
30

« Last post by Arachnid_human_male on April 06, 2021, 01:03pm »
Hello Everyone!
Its me Arachnid_human_male!
I made this thread so i Can keep track of all my skins and people can have a place to download all of my skins.
With that out of the way. Enjoy the skins!